I have two early undated Ruahine crew photographs in my collection of postcards. Both of these cards were not postcards in the usual sense, rather they were photographs in traditional postcard size, one of which was printed on photographic paper that had a postcard back. A few copies of the photographs could be produced in this way and sent as postcards to family members, but I don’t think these were ever intended to be sold to the general public.

The first mystery photograph, above, actually has a name and address written on the back (see second slide), but sadly it has no date. The person holding the Ruahine life belt is almost certainly Cecil W (or perhaps N) Hall of 407 Ferry Road, Woolston, Christchurch, New Zealand. The hand-written note, of course, may not actually refer to the young man on the front, but I think there is a good chance that it does. I have tried to locate him through the genealogy site Ancestry, but with no luck so far.

My free downloadable catalogue of postcard backs (click here for details) helps with dating a little. The back is style “F” which I have found, by referring to a small sample of postcards, to have been used on other cards that were mailed or written between 1937 and 1941.

The second photograph, below, is much harder to date because it has an unprinted back with nothing written on it. Judging by the appearance of the girls on the far left of the card, I would put it in the 1920s or early ’30s. There are a few enlarged sections on the other slides. Is there anything I have missed – what do you think? Any suggestions for how I can find out more about this group photo?

You can read more about the Ruahine on this page.

“King Neptune, I, Lord of the Sea,
Welcome you all who ‘ere you be:
I am the Lord of the Oceans wide,
Lord of the Rivers … Lord of the tide,
My laws are strict, but do not fear,
If you will only persevere
To keep the freedom of the seas,
As recognized by our degrees,
Here are the Bears, the Suds, the Bath;
They are the only certain path
For all who wish to cross the Line,
And be enrolled as sons of mine.
In order then, as we command,
Before us let each Tadpole stand
Who has his freedom yet to win …
Enough … My Trusty Men, Begin!”

Right: Statue of Neptune in Havana

The following introduction is taken from Wikipedia:
The line-crossing ceremony is an initiation rite that commemorates a person’s first crossing of the Equator. The tradition may have originated with ceremonies when passing headlands, and become a “folly” sanctioned as a boost to morale, or have been created as a test for seasoned sailors to ensure their new shipmates were capable of handling long, rough voyages. Equator-crossing ceremonies, typically featuring King Neptune, are common in the Navy and are also sometimes carried out for passengers’ entertainment on civilian ocean liners and cruise ships. They are also performed in the merchant navy and aboard sail training ships.

I purchased these photographs and one postcard over 20 years ago, at a local postcard fair, for the princely sum of £3.50 – for the four that is! Normally I would expect to pay at least that sum for the postcard on its own. They were taken on board the Rangitane on 17th July, 1933.

The reason for the low price was that all four had once been stuck in a scrap book. When removed, a large amount of the page was still stuck to the backs.

I was determined to have a go at removing this paper and asked the dealer what he recommended. I was told that the trick was a simple treatment with tepid water and cotton wool balls. The remains of the scrapbook pages gradually fell off after gently rubbing with wet cotton wool.

It was quite time consuming – I guess that’s why the dealer left them as they were. Fortunately the water did not remove any of the handwriting or the stamp on the postcard. The photographs curled when wet but flattened out again when dry. All that remains now is the staining from the glue.

The postcard below, written by the same person (Bert) who captioned the photographs, shows the first Rangitane (1929-1940). She sailed on her first New Zealand voyage from Southampton to Auckland on 20th December 1929.

On 27th November 1940 she was sunk, just seven months after being requisitioned for war use, by torpedoes and gunfire from German raiders. Six passengers and seven crew were lost. Of the 299 survivors, 209 were landed at Emirau Island* on 12th December and the remainder were kept prisoner. (Crossed Flags by W. A. Laxon, World Ship Society, England, 1997)

*One of the survivors was Peter Zerface, the ship’s hairdresser, who was also an amateur photographer. He sold some of his photographs as postcards, illustrating stormy seas and Panama Canal views, to passengers. Peter began his career on the Turakina, c.1903, when in his 20s, and later moved on to the Tongariro, Turakina, Rimutaka and Ruahine before joining the Rangitane in 1930.

The illustration, by Jennifer Toombs, is from a photograph of Peter taken when he was rescued from Emirau Island, aged 60.

Below are three examples of certificates given to NZSC passengers over the years, for taking part in the Crossing the Line ceremony. Left to right: August 1943, Rangitata; February 1947, Rimutaka; September 1955, Rangitiki.

Finally, here are two Pathe News films of the ceremony. Not on NZSC vessels, but no doubt very similar. The first clip (silent) is from 1922 showing how the Royal Navy did it at the time on HMS Hood (perhaps a little rougher than on cruise ships?), and the second, from 1964, apparently shows the cruise ship Pretoria (possibly Pretoria Castle?).

If you have memories of this ceremony on any of the New Zealand Shipping Company vessels, please let me know your story so that it can be added here.

Crossing the Line: Tales from the 20th Century (website of the National Maritime Museum, UK)

I have simplified the menu system at the top of the site. Now, if you would like to view a particular passenger list, just click or tap on "PASSENGER LISTS". I found that the old drop down menu was not working very well.

Some of the passenger lists which are hosted on external websites (not under my control) were no longer working so their links have been removed.

On passenger lists, names are normally given with just the surname followed by the person’s initials. Wives do not have their initials recorded! It is probably best to begin searching with just a surname. 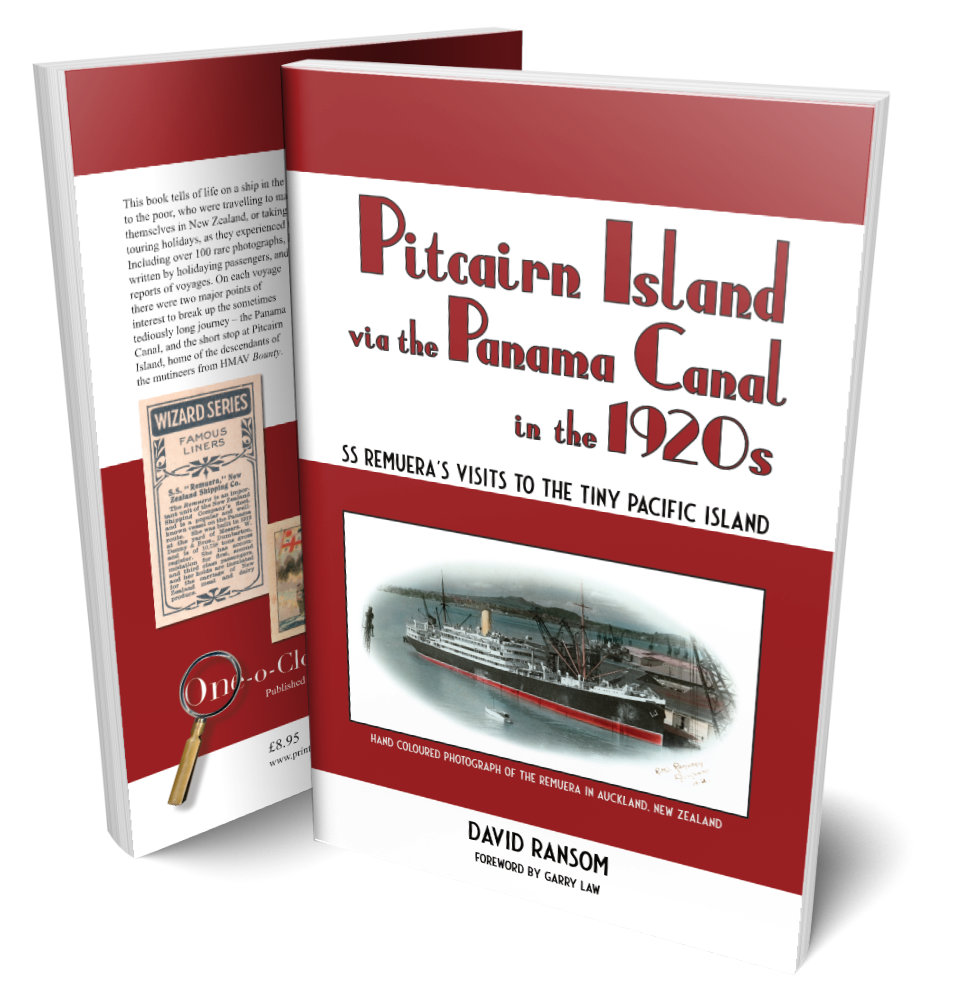